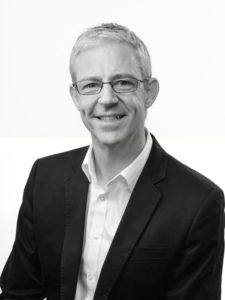 Award-winning business and marketing consultant, who has assisted a wide range of Australian and International businesses to develop highly effective go to market, expansion and turnaround strategies.

A highly respected and successful businessman, in addition to being a successful consultant, Rob has held a number of ‘C’ level positions with listed companies in Australia and overseas.

His career commenced in London and developed over many years within the direct marketing/mail order division of media and entertainment giant Time Warner.

With a strong background in financial analysis, he established a strong understanding of the key performance drivers within the marketing mix and was given his first business leadership responsibilities at the age of just 26, when the South African business reported into him, and he successfully launched the business into Central Europe (Poland, Hungary, Czech Republic and Slovakia)

Based in Amsterdam, he was then tasked with the re-engineering of the marketing processes and analytics functions, together with the scoping, development and implementation of some very large IT systems to support the pan-European marketing effort.

Following this successful strategic role, he was then offered the opportunity to rebuild and turn around the fortunes of the unprofitable Australia/New Zealand business for Time Life, based in Sydney. Following a thorough strategic review, significant changes to the team, key suppliers, media buying process and more supporting IT systems resulted. Four years later, the Australia/NZ business was the most profitable one in the world (including US). Following the commitment to some substantial product licensing arrangements, the business was successfully developed further into retail distribution as well.

Responsibility for the entire Asia/Pacific region followed and Rob successfully launched the business into Japan and Taiwan, in co-operative joint ventures with local companies.

Following the private equity buy-out of Time Life (by Ripplewood Holdings), Rob was given responsibility for the European business in addition to Asia, based back in London. Having improved the profitability of that operation significantly (and after the purchase of the Readers Digest Association, by that same private equity business), he designed and implemented a strategy for the integration of the two businesses and subsequently exited the business and returned to Sydney.

During the next two years, Rob consulted to a wide range of businesses across a number of industry sectors. Engagements included the development of marketing strategies, process improvements, IT system developments, assistance with geographic expansion and revenue-raising initiatives. Summaries of some of the companies and engagements that Rob has undertaken can be seen on the CLIENTS page of this website.

Following a consulting assignment, Rob eventually decided to join a small boutique funds management business, ASX listed Clime Asset Management. He developed a content focussed lead acquisition, prospect database, nurture and conversion process, which significantly improved the generation of new business. During a difficult return environment for Clime’s products, this re-engineered process was still able to bring in significant fund flows, resulting in the growth in funds under management (FUM) from $180M to $800M+, even whilst significant fund outflows persisted. Rob was ultimately made the Chief Operating Officer of Clime Asset Management, reporting to the board, with full responsibility for marketing, sales, finance, operations and Clime’s online stock valuation tool.